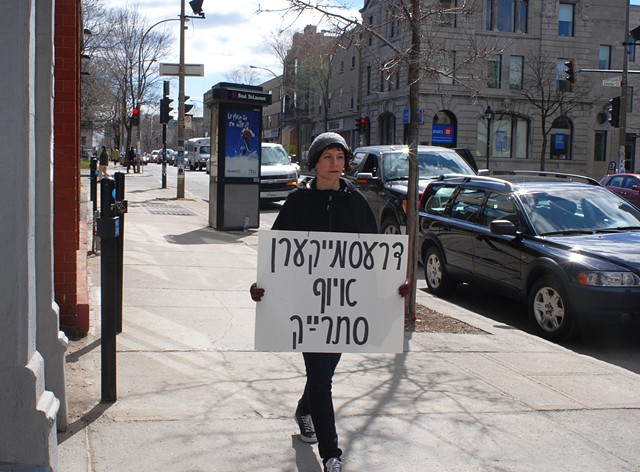 The dressmakers demanded — and won — fair pay as a result of the 1937 Strikes, and working conditions in the industry continued to improve through the first half of the 20th century. Montréal was one of the largest textile and apparel production centers in North America; many of the buildings along my route used to house textile manufacturing. Many went out of business or moved overseas beginning in the 1990s. Most of the historical gains and protections won by workers were eliminated in a race to the bottom in the industry.

This placard says "Dressmakers On Strike" in Yiddish, a testament to Jewish labor organizing in Montréal and to my own family history of garment work.