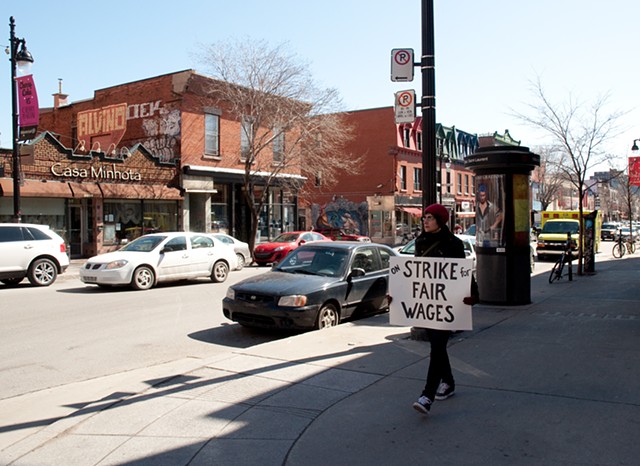 The performance commemorated the the 1937 Dressmakers Strike / La grève des midinettes in Montréal, when over 5,000 mostly Jewish and immigrant women garment went on strike for the right to unionize, better pay, and a 40-hour work week. The strike was successful.

In commemoration of the 40 hour work week won by the dressmakers, I walked from 9am-5pm Monday through Friday, between two key sites in the 1937 strike: a factory building where the strike took place, and the former headquarters of the Montreal chapter of the International Ladies Garment Workers' Union that represented the strikers. The sites are 1.5 miles apart, and the performance involved walking approximately 12 miles each day. The placards used in the performance include slogans used by the striking workers, in English, French, and Yiddish.