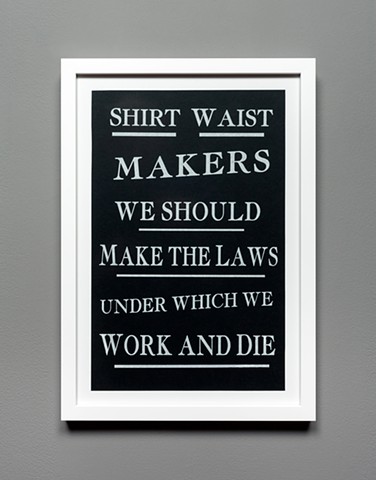 Digital re-creation of a textile banner carried by immigrant women garment workers in the early 20th century. The exact date and place are unknown but it is possible that the photograph was taken during the The New York shirtwaist strike of 1909-1910 (also known as the Uprising of the 20,000), a strike involving approximately 20,000 immigrant women working in New York shirtwaist factories. The photo is in the official ILGWU archives at the Kheel Center, Cornell University. Also published as a digital text work in Counter Signals 4, 2021.