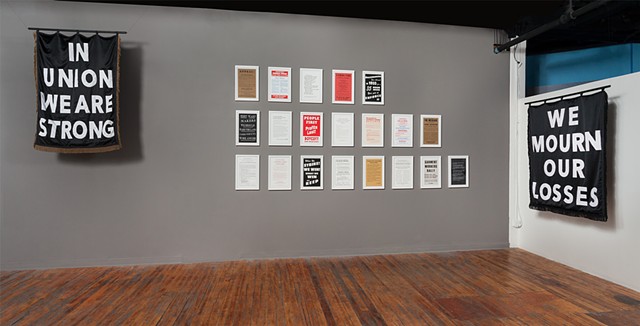 The works in the exhibition are inspired by slogans, demands, and calls for action by the International Ladies Garment Workers’ Union. They re-interpret and re-produce broadsheets, flyers, posters, placards, and advertising created by the Union as part of its campaigns for better living and working conditions for garment workers, from approximately 1890 to 1982. Presented together, the works span the winning of rights and benefits by members of the ILGWU during the first half of the 20th century, and the demise of the American garment industry and deliberate dismantling of American unions under global racial capitalism.